Barcelona is so much more than the cosmopolitan city that we all know. In its surroundings we can find a lot more to complete all that you can find inside the city of Barcelona. So much more experiences to cover all that curious people need.

Hidden beaches, stunning mountains, charming villages and a complete choice of leisure like Port Aventura or the Montmelo racing circuit, make Barcelona a city where you will never get bored.

A window to the Mediterranean

Barcelona and the Mediterranean Sea are inseparable concepts. The relationship of this city with its sea has been difficult and it was not until the Olympics Games of 1992 when the city opened fully to its waterfront, but since the olympics, the times have changed to the point that now it’s imposible to understand one without the other: Barcelona is probably the most important city that bathes this impressive sea and its port is the pride of southern Europe, and in turn, the Mediterranean is responsable for the most beautiful places of Barcelona and the Catalan coast, especially in the Costa Brava, where the Mediterranean sea gives us the maximum exponent of beauty. 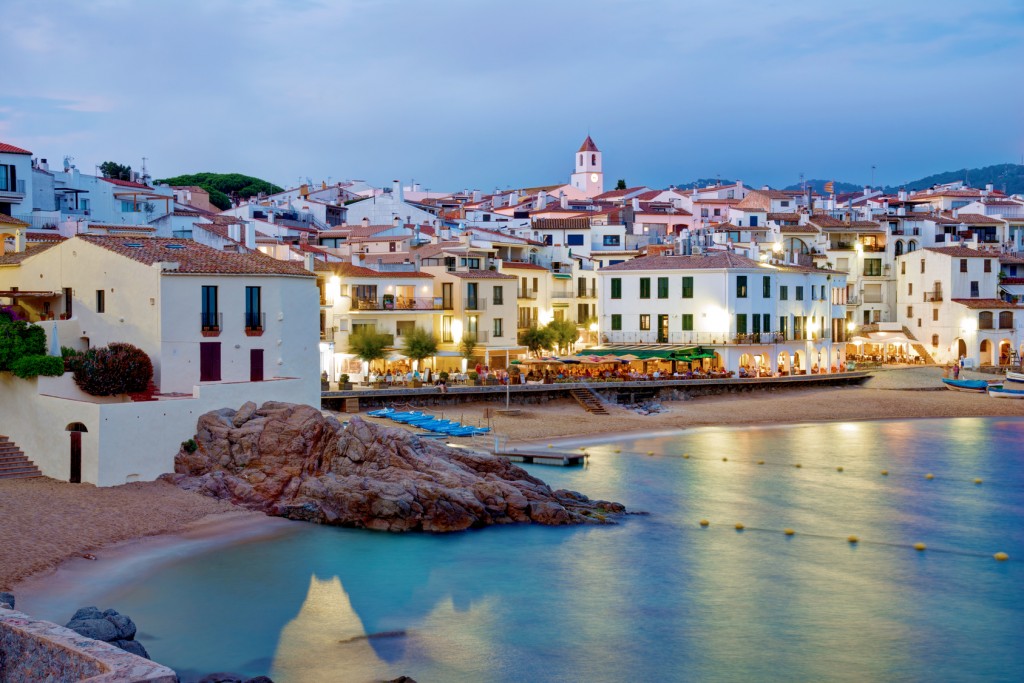 The enormous charm of the white village of Cadaqués, which served as inspiration to Gaudí, the popular “Caminos de Ronda” along the coast with impressive landscapes, Tarragona and its Roman influence, and the spectacular Delta del Ebro are just a few of the places where the Mediterranean represents a real gift for the eyes in Barcelona and its surroundings. This beauty should not be forgotten once you arrive to the Catalan capital.

The tradition of molding the facades that the famous architects from Barcelona apply in their buildings has a lot of their natural inspiration at the mountains that surround Barcelona.

From the curvilinear shapes of the nearby Sierra of Collserola, to the jagged peaks of Montseny. All the catalan mountains have their personal peculiarities, especially the mountain of Montserrat, unique and worldwide recognized by its rounded forms.

A big city usually doesn’t have other nearby cities with spectaculars monuments, these cities usually are only residential towns that serve as housing for workers. This is not the case of Barcelona, ​​whose nearby cities have great personality: Girona and its appearance, where it seems that all the clocks have stopped, Tarragona and its imperial grandeur, the modernist influence of Terrassa and Sabadell, the lordship of Sant Cugat and the cultural diversity of Sitges. These are just some examples that prove that not everything is within the frontiers of the Llobregat and Besós rivers.

The good connection of all these cities, and also the sea villages (Tossa, Lloret, Vilanova, Calella, Salou …) and indoor villages (Vic, Reus, Tárrega, Figueras, Berga …) by train and other transports is a plus that puts Barcelona in the middle of a great region with a lot of possibilities. From Barcelona you can enjoy a different plan every weekend.

Entertainment for the whole family

From the amazing and well-known Port Aventura theme park, to the adult leisure resorts of Lloret de Mar, the different kind of plans that you can enjoy in the surroundings of Barcelona, offer possibilities to people from all the ages to have fun in every moment and in every place.

Water parks like Illa Fantasia (the bigger in Europe), the Dalí Museum in Figueras, excursions to the Delta del Ebro or the Prepirenaica area, modernist routes … No matter how old you are, if you like sports or not, culture or action. Barcelona’s surroundings have the perfect plan for you.

Barcelona offers a lot to do, that’s true, but beyond its borders its influence continues. Don’t get limited just to the city and go beyond its boundaries to explore and discover unique places!

8 thoughts on “Barcelona and its surroundings”