Barcelona is a city with an excellent Christmas and festive tradition that make it an interesting destination to spend the holidays. Therefore, there is no better plan than to welcome the New Year in the Catalan capital, but how and what should we do to celebrate New Year Eve’s in Barcelona?

Welcome the New Year in Barcelona

The favorite place of all locals and visitors is without a doubt Plaza de España, Maria Cristina Gardens and the Magic Fountain, as it is there where the epicenter of the celebrations is on the night of December 31th with a big party in which entertainment, music, light and fireworks make the delights of the viewers.

But this does not mean that there are no other interesting places to spend the end of the year: from other parties organized in great spots such as Poble Espanyol or Plaza Real; to tailored plans that we can organize ourselves, for example at the beach by the Mediterranean sea or from the top of some of the hills of Barcelona to see the fireworks in a spectacular panorama view.

Before having the traditional 12 grapes of luck, the New Year’s menu catches the eye. We can do it in our rental apartment for days of Via Laietana, with breakfast included so that the next day we do not have to worry about nothing, or in any of the restaurants that remain open on this well-marked day.

Whatever your choice is, a good end-of-year menu in Barcelona consists of the following dishes: 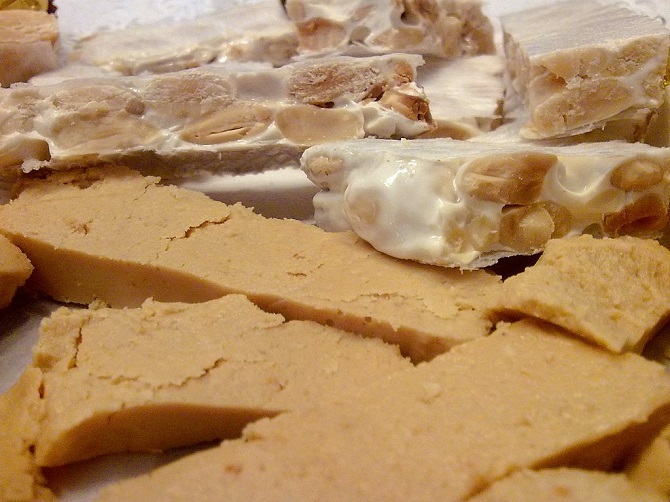 Don’t miss the traditions of New Year in Barcelona

Typical food is followed by a series of rituals to start the New Year with good wishes and good vibrations. Whether we are superstitious or not, they are already a cultural thing that most people do:

January 1st usually implies deserted streets in most of big cities. Almost all its inhabitants are resting after a night of debauchery, but those who have been more prudent can enjoy one of the following plans:

No matter which way you choose to enjoy New Year’s Eve in Barcelona, in AinB we’re waiting for you with open arms and looking forward to starting a new season with you.